After a Lewis Cruise Line ship sank in Santorini’s caldera with three Grand Circle groups aboard, we were concerned that our booking the same tour may have been a mistake.  It was too late!  It is still worrisome to know that you are on the ship that replaces the one resting below the waves in Santorini’s caldera.  The Cristal was a beautiful replacement, and unlike some that have followed, managed to avoid the rocks and shoals to all the Greek Isles on our itinerary.

We learned that many folks, with more leisurely schedules, travel from isle to isle during good weather, and may remain on each island for a week or more until they become bored, exhausted, or broke.  Our visits were for a day or less, but we were freed from dragging our suit cases over the face of the earth.  Our evening meals, entertainment, and clean beds were always readily available.

The following map of the eastern Mediterranean may orient viewers to the Greek Isles and surrounding land masses.  Picture collections are included for the following Greek Isles with colored links below.  The others are in process.  Be patient! 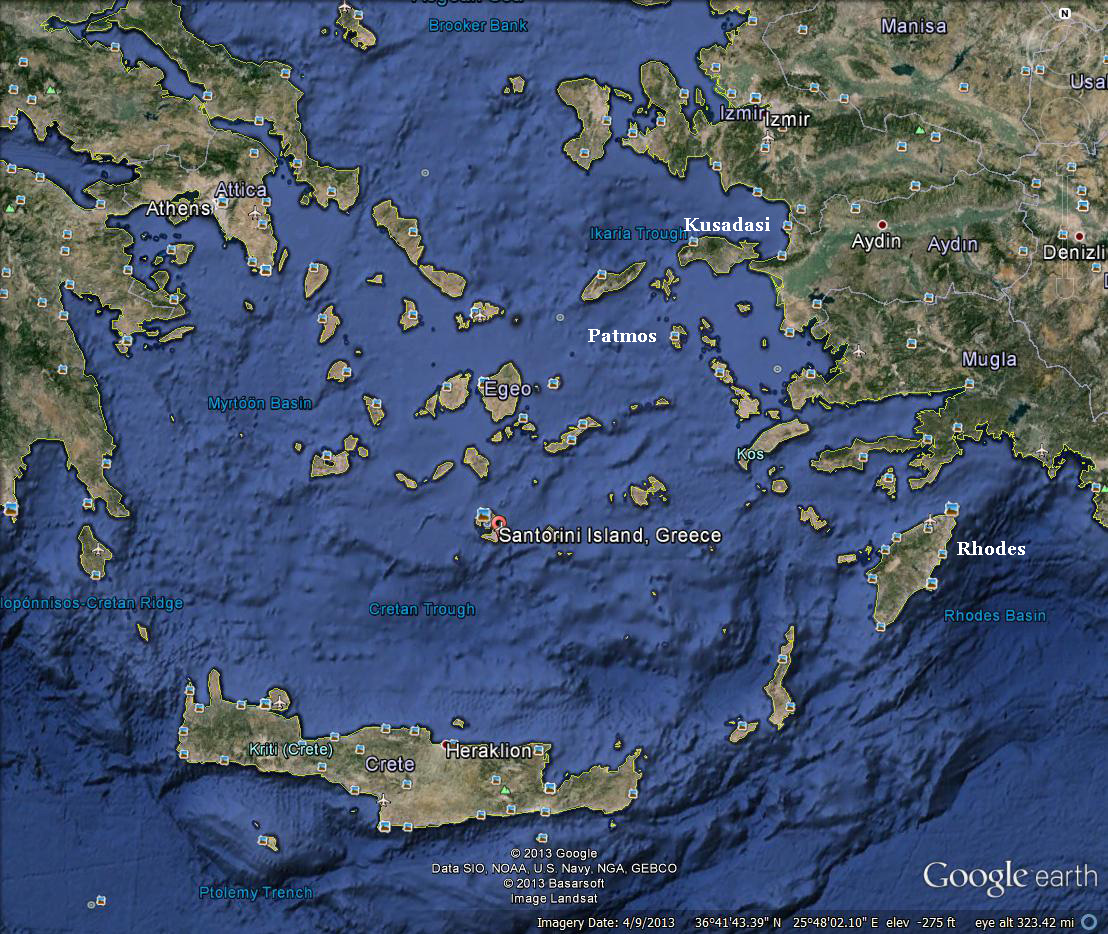 Google map of the Isles, Greece, and Turkey