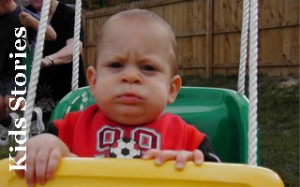 Our first European trip was in 1994 as best I remember.  Digital cameras were only new on the market.  Buying film, taking pictures, and developing was a total pain in the you-know.  Please excuse the navy language.  I come by it through early training in the 1950s. First we concentrated on Europe and during one year made three separate trips to the old countries.  From land tours, mostly Grand Circle, we graduated to river cruises and completed most of those offered.

We are currently booked for our last trip to Europe with a jaunt across Ireland in May 0f 2014.  Europe will be well covered by pictures before that trip.  Be patient, or I will sic little Robert on you.  He is the one shown above who is watching you like a hawk.  He is also the one linked to the Kids short stories in the sliding menu above.  He is a pretty slippery character.